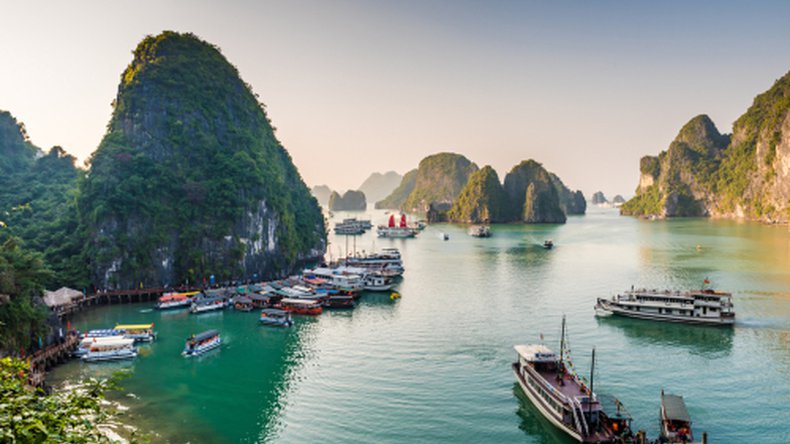 This 80-km (50 miles) expressway links Van Don Economic Zone and Mong Cai city and successfully shortens the travel time from 2 hours to 50 minutes. The four-lane route enables drivers to run at a maximum speed of 120 kilometers per hour.

This 176 expressway section will then join Hanoi - Halong Expressway (300 kilometers) and Noi Bai - Lao Cai Expressway (264 kilometers) making it the longest route in Vietnam. Thanks to this, the travel time between Hanoi and Mong Cai city is also reduced to 3 hours instead of 5.5 hours.

Speaking at the inauguration ceremony on Thursday, Prime Minister Pham Minh Chinh said the operation of this new expressway offers not only favorable conditions for the northeastern region of Quang Ninh province but also for Hanoi and the northern port city of Hai Phong to improve connectivity and promote tourism and economy.