Halong Bay has some of the most breathtaking scenery the world has to offer, much of this great natural beauty is thanks to the magnificent rock formations that dominate the bay’s landscape. 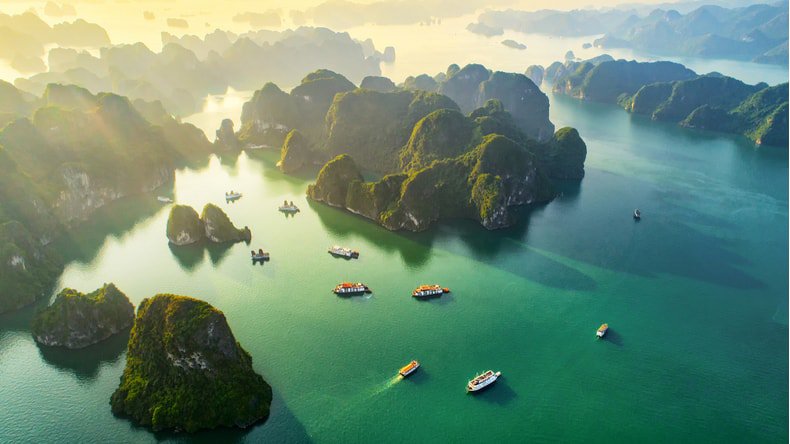 The formation of Halong Bay dates to over 500 million years ago. Over time the bay has gone through countless changes resulting in the magnificent natural wonder we have today. The beautiful ancient marine limestone rocks used to stand at over 1,000 meters tall. Millions of years of erosion have reduced them to their present size.

According to researchers and respected geologists, the Halong bay we see now was formed roughly 8,000 years ago dating back to a period in our Earth’s history called ‘The Middle Holocene Transgression’. This refers to a ‘marine transgression’; a time when the sea rose to a point much higher than they reach today thus making the shorelines higher and causing flooding. 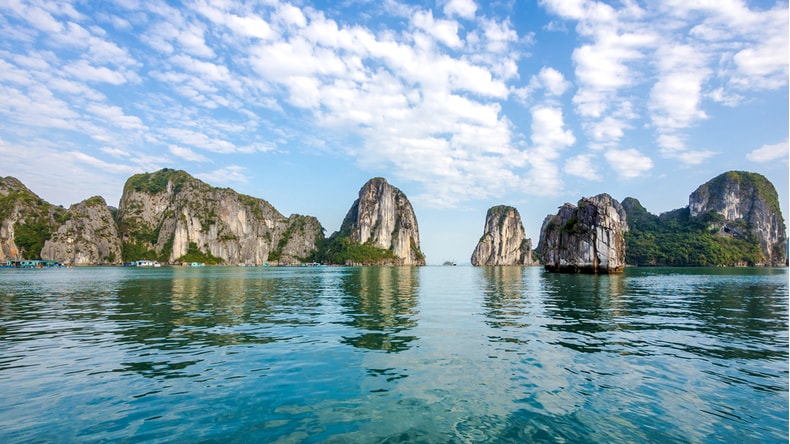 Halong Bay and the surrounding area are made up of mainly of thick limestone, just like the famous limestone karsts that can be seen sprouting majestically throughout the bay’s waters. The limestone that is found in Halong Bay began forming during the Carboniferous period, around 340 million years ago. At this point, the Earth was much warmer and wetter than it is today, and due to large swamps carbonate sediment moved into the oceans. This resulted in the gradual hardening and thickening of the limestone over many millions of years. This limestone achieved a thickness of 1,200 meters, and these are the famous karsts that we see today.

Thanks to these millions of years of erosion from the rain and the sea, Halong Bay is also home to unique valleys and an impressive maze of caves! The oldest of these caves are called ‘Phreatic Caves’ and tend to be found at the highest levels. These Phraetic caves include the famous and aptly named ‘Sung Sot’ cave, which means ‘Surprise cave. Sung Sot is one of the biggest and most magnificent of all the caves in Halong Bay. 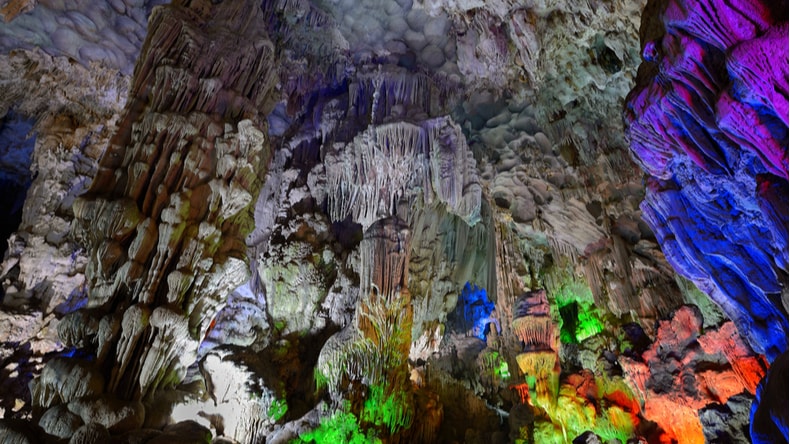 Another stunning geological feature of Halong Bay is the Ba Ham lake system. The Ba Ham lakes are a system of underground lakes connected by hidden caves and created completely by sea erosion. Above these lakes there are hanging stalactites - stalactites are formed when water containing calcium bicarbonate drips from the ceiling of a limestone cave. Over thousands of years, these calcium bicarbonate deposits build up to form perfect stalactite and stalagmite pairs.

According to Dr. Tran Duc Thanh, of the Haiphong Institute of Oceanology, and Dr. Tony Waltham, a geologist at Nottingham Trent University, the landscape of Halong Bay is of “international significance and of fundamental importance to the science of geo-morphology”. The karsts found in Halong Bay are a magnificent example of the development of a limestone landscape over millions of years and the fact of the marine transgression which caused the extreme sea erosion on these karsts makes Halong Bay almost unique. This must not be taken for granted and must be conserved as an important part of world heritage.