A place so amazing that the French deemed it “Grotte des Surprises” or (Surprise Grotto), Sung Sot Cave is one of the biggest, most beautiful caves in Halong Bay and a highlight on most Halong Bay itineraries. 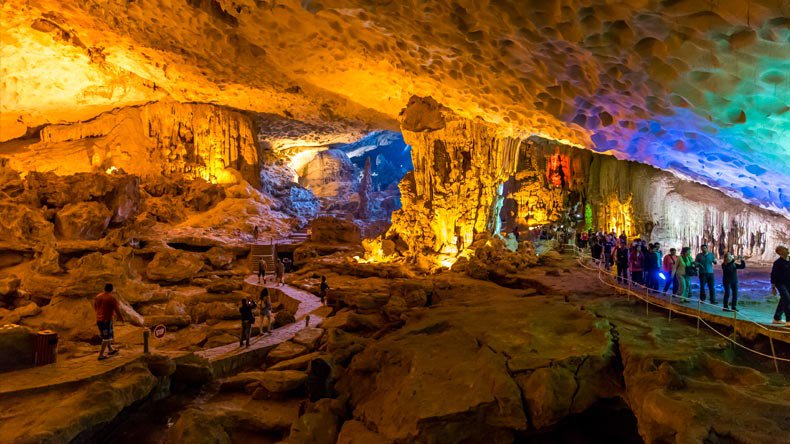 The cave can be found on the island of Bo Hon, along with another popular Halong cave, Trinh Nu. From the dock below, visitors must climb 50 stairs to the grotto’s mouth, which is just 25 meters above the sea. Sung Sot Cave is divided into two chambers; the first chamber, known as the “Waiting Room” is vast, adorned by stalagmites and stalactites and lit by multicolored lights positioned to complement the chamber’s structural beauty. 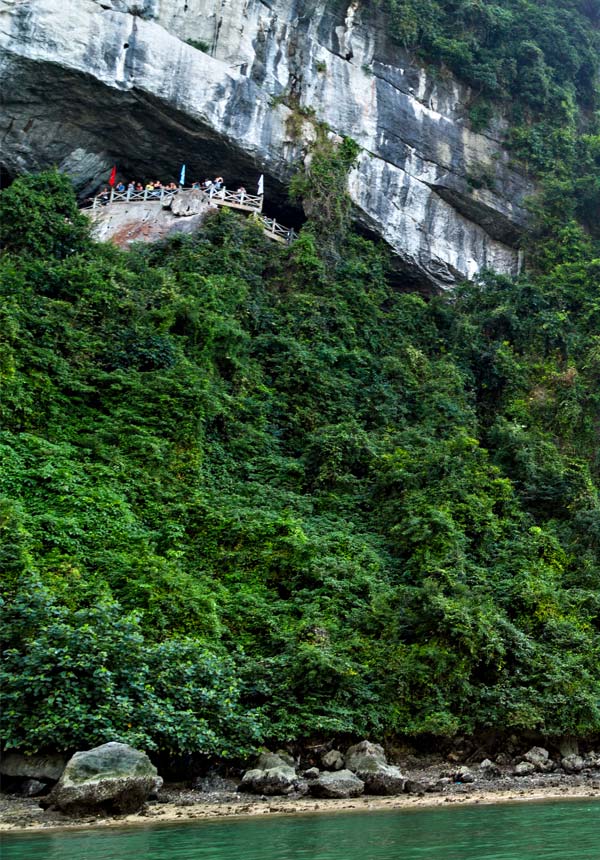 Sung sot cave from outside!

In order to reach the second chamber, visitors must walk down a narrow passageway. The second chamber is known as the “Serene Castle”. This chamber is large and grand with an extremely high ceiling and has many interesting rock formations which locals identify by likening them to animals due to their shapes. 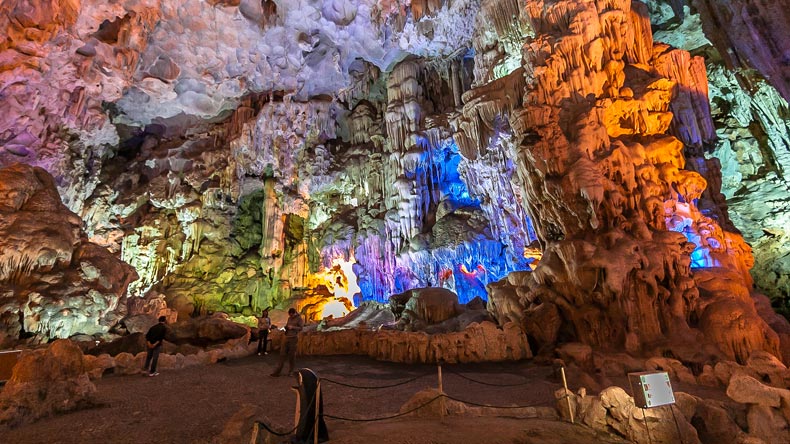 One eye-catching rock formation is shaped like a horse with a long-sword and is linked to the legend of Thanh Giong (God Gióng). It is said that Thanh Giong protected locals by defeating aggressors, demons and evil spirits, and once his work was done he ascended to the heavens, leaving behind a stone horse and sword to continue to drive away any future aggressors. 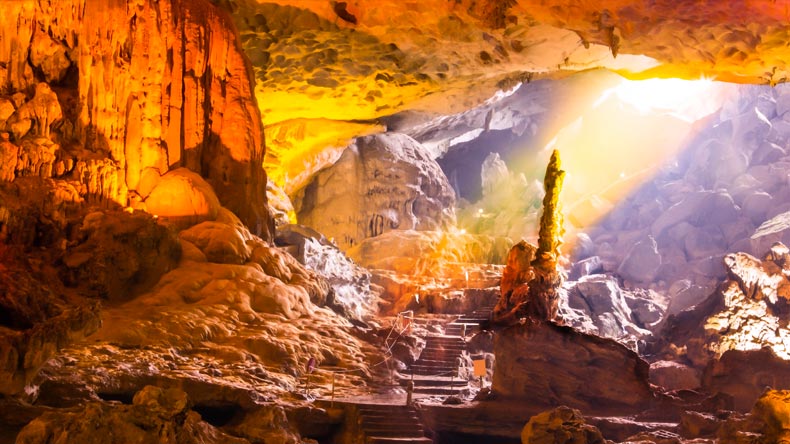 At the exit of the grotto, there is an open area called the “Royal Garden” where there is a peaceful pond and beautiful banyan trees. Some lucky visitors get to see monkeys in search of fruit which makes for some great photo opportunities! 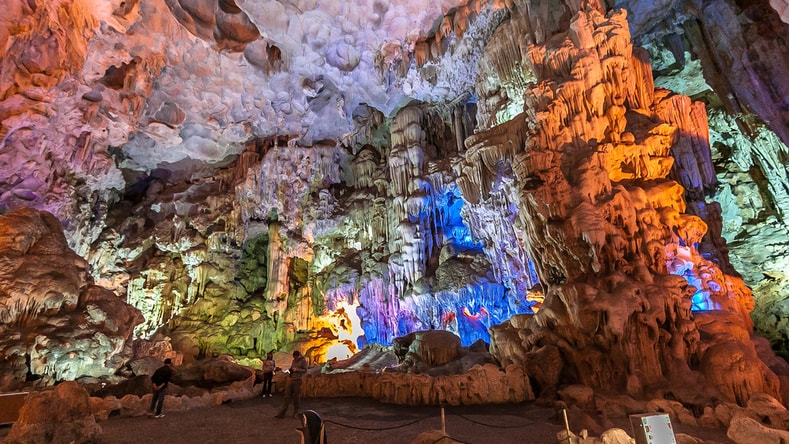 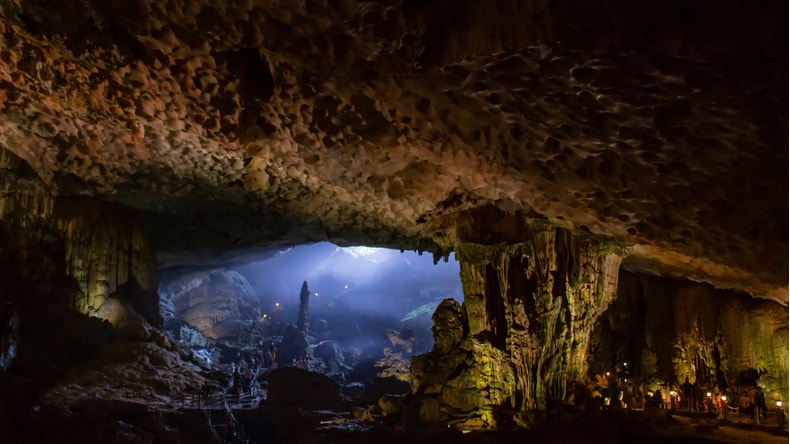 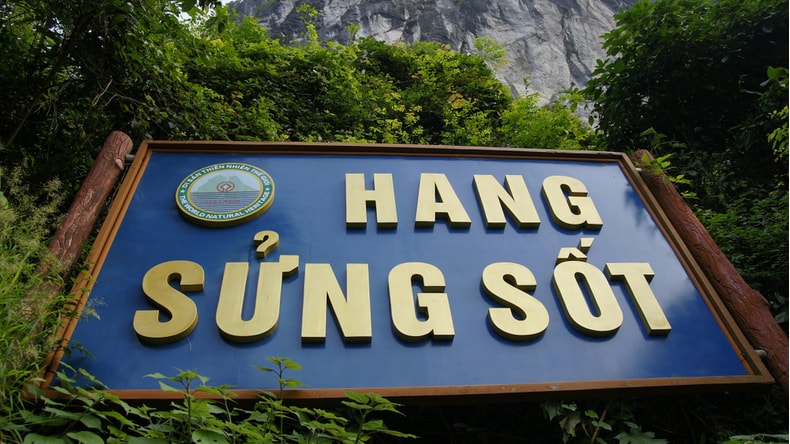 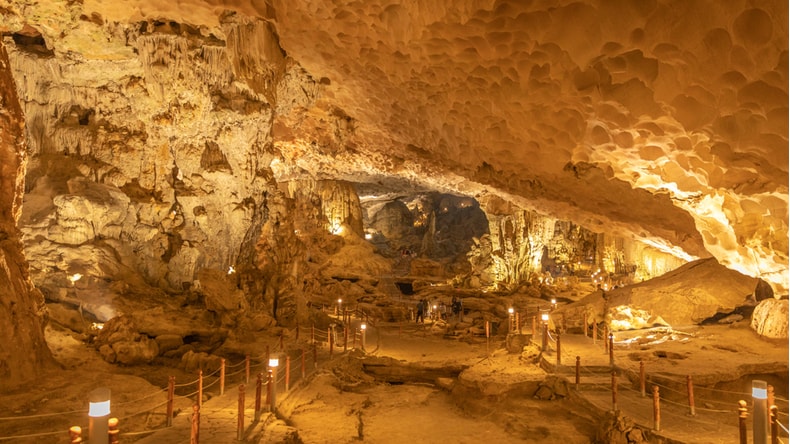 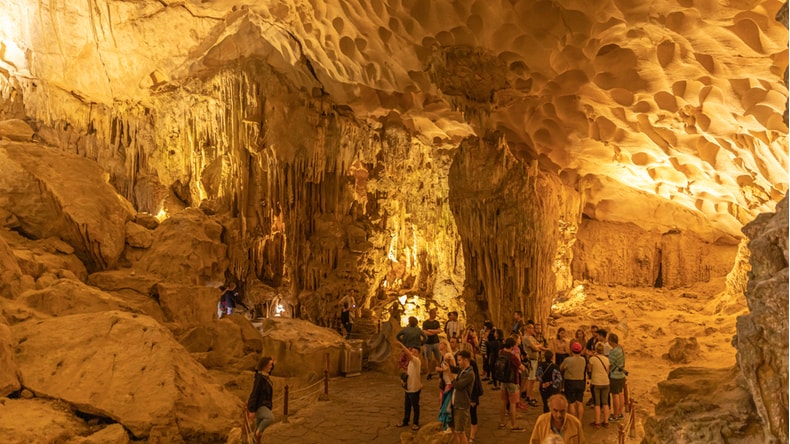 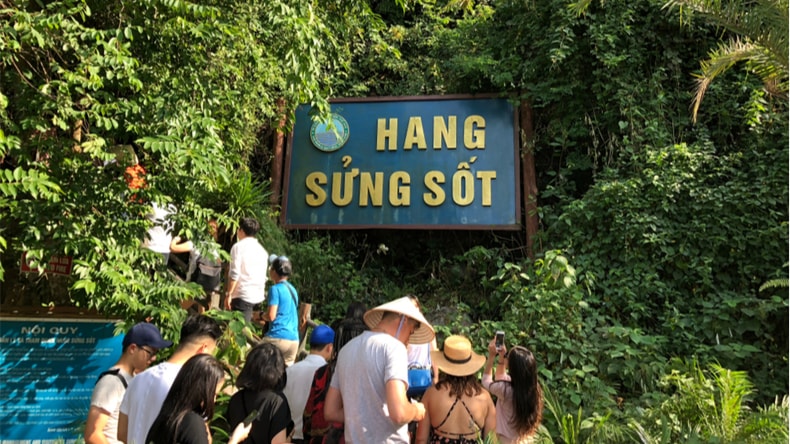 It takes about 50 steps to reach the cave! 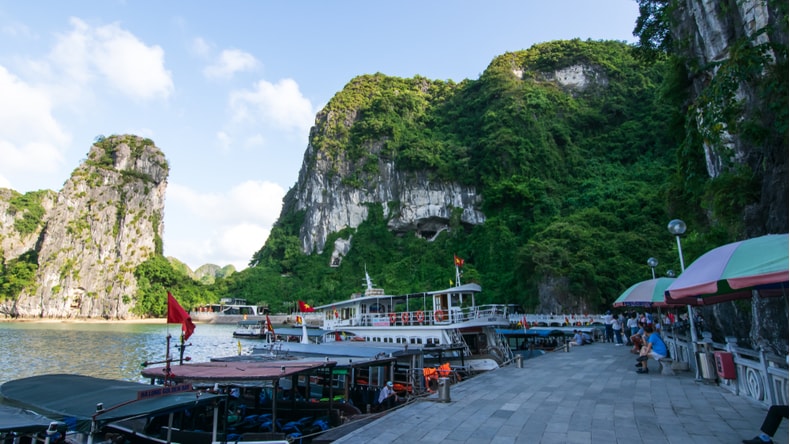 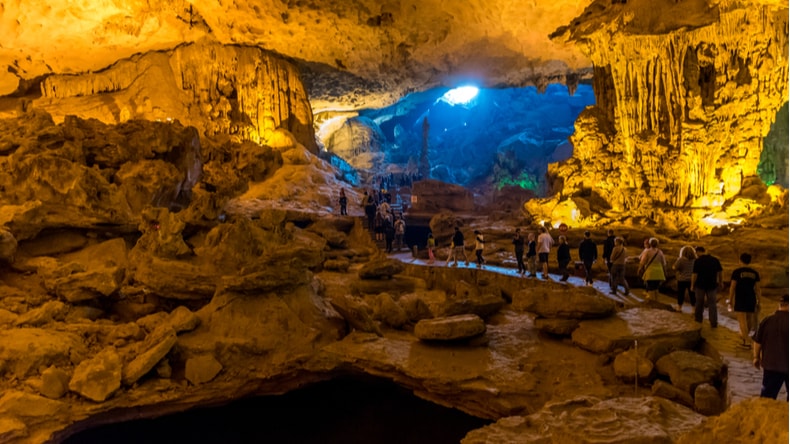 You have to see to believe how big Sung sot cave is! 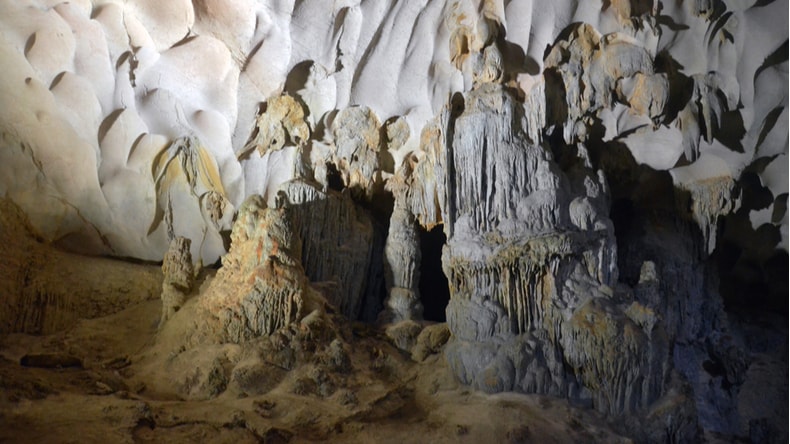 How Many Tourists Visit Halong Every Year?

593 days ago
2replies
Ask a question