Thien Cung Cave is in the south-west of Halong Bay. The story of this cave is an interesting one as, until 1993, it had been a place of myth. 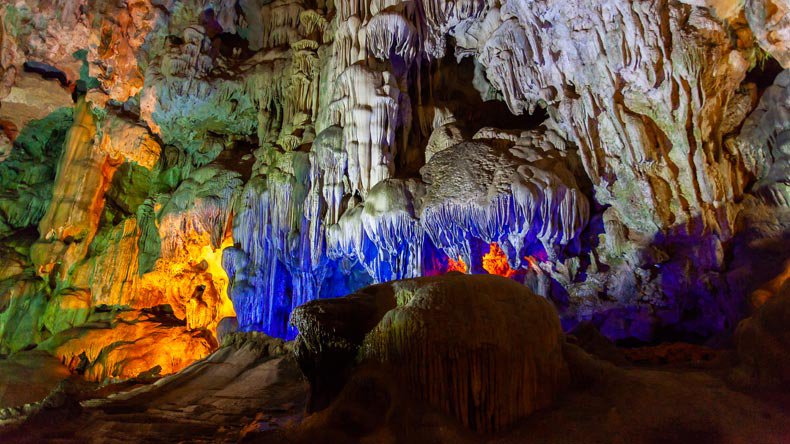 Although humans had explored Thien Cung Cave in the past, in more recent years the jungle had grown over the mouth of the cave and locals had long forgotten how to find it. However, the cave was always remembered in stories told by word of mouth which were passed down through generations. 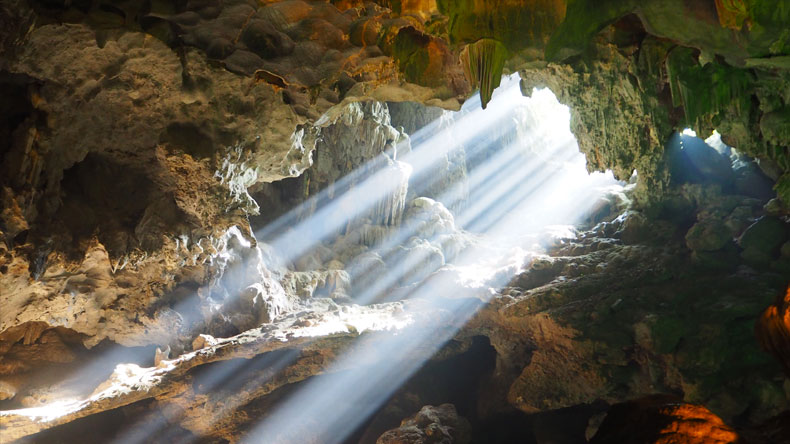 Fortunately, in 1993, desperate fishermen who had been caught in a storm happened to discover the cave while they searched for shelter. Since then, Thien Cung Cave has remained a firm favorite with visitors.

The way up to Thien Cung Cave is via a winding pathway, surrounded by thick jungle. The cave is a dry cave and houses a complex inner structure with high ceilings. 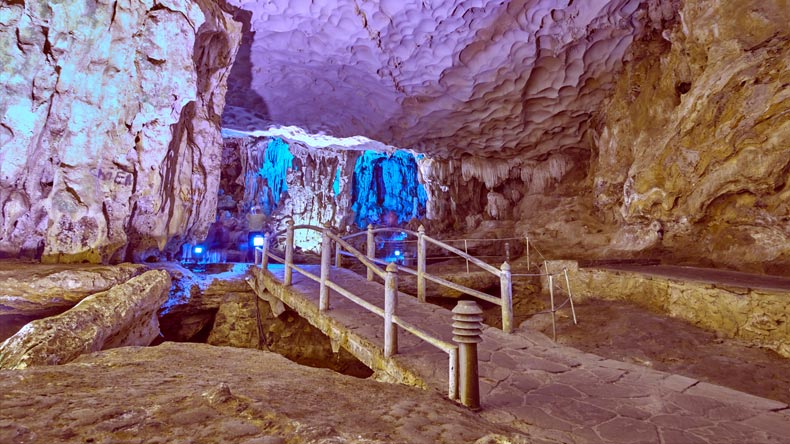 The legend of Thien Cung Cave says that it was the ancient home of a Dragon King and his Queen. The Dragon King and Queen had a wedding at the heart of the cave, attended by all manner of magical and mythical creatures. After the marriage, they had 100 children and lived in the cave while the King protected Halong Bay’s inhabitants from invaders. When their 100 children were grown, half of the children remained in Halong Bay as its guardians and protectors, and the other half left to help the rest of Vietnam. 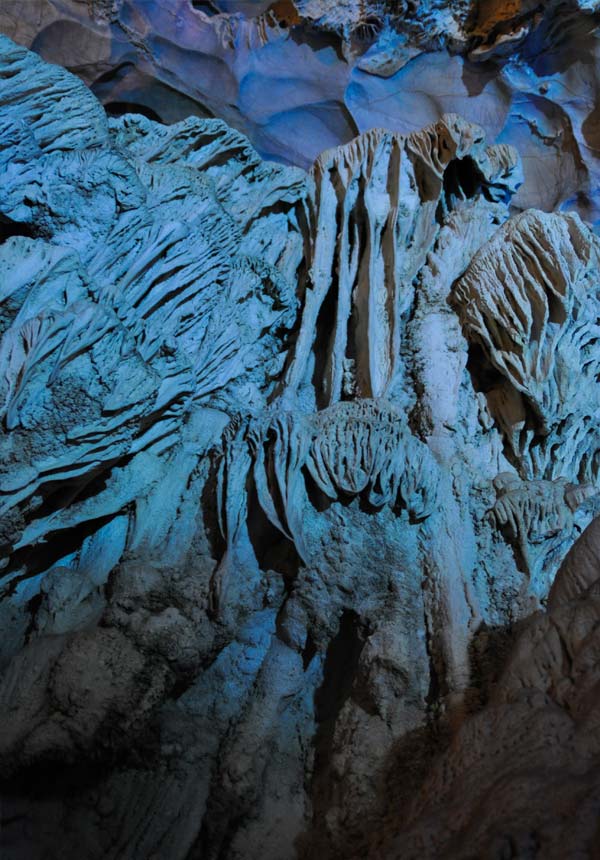 Visitors wandering around the cave today will find many rock formations that are said to represent the mythical guests that attended the Dragon King’s wedding. Looking out from the mouth of the cave over the whole of Halong Bay gives visitors a truly amazing view of the islands and karsts and while the walk up to the cave is not an easy journey, it’s certainly a worthwhile one.